HIIT Cardio:  Should You Do HIIT Workouts?

In my early 20s, I flipped a switch and became a fitness fanatic. I had always wanted to have a good amount of muscle mass and I was finally setting out to accomplish my goal. I had been a big fan of comic books since I was a kid, and I wanted to develop a physique that was comparable to the superheroes I loved to read about.


Since I was in eighth grade, I always wanted my own weight set. There was no fitness center or gym in my small hometown so I didn’t have a chance to workout with weights. In my 20s, I made up for lost time. I was training for at least an hour four to five times a week. Many weeks I was in there all seven days. I was seeing gym buddies and familiar strangers more than my actual family. My training consisted of weights for an hour and 20 minutes of light cardio. After a few years, I was weighing in at about 230 pounds and had low enough body fat that I obtained a good amount of definition. I was one of the strongest guys that came into the weight room after about five years of following this routine. I never brought headphones or my phone to my workouts. I trained hard without distraction.

I was asked to join a slow pitch softball team by one of the guys I would run into at the gym. He admitted the team wasn’t any good, but they were a good bunch of young men. After a couple games, I became close friends with three of them. They were a couple years younger than I was, and I was amazed at how completely shredded they were. Their body fat had to be in the single digits and they had good muscle mass, too.

The more I got to know them, I learned how they achieved their physical appearance and kept their body fat so low. All three had been elite sprinters in high school and college for track. Their training routine was quite different than mine. They usually lifted weights only once a week and kept it at medium weight with high reps. Three other days of the week, they would all head down to the track and run their sprint workouts. They would run as hard as they could for forty seconds then walk for two minutes. They continued to do this pattern for about 20 minutes.

My eyes were opened to the possibility of high intensity interval training (HIIT). My first real-life introduction to the idea had made me a believer. I had heard of HIIT many times before, but it wasn’t until I saw the results in person that I started doing it myself.

What are HIIT Cardio Workouts?

HIIT workouts has been around for about 50 years. Even longer if you count when the cavemen would be running as quickly away from the sabretooth cat as possible. The cardio consists of short, high intensity bursts of anywhere usually from 20 to 45 seconds going as hard as you can. It is followed by about a minute or two of cool down time, and then repeat. Most HIIT workouts last 10 to 20 minutes because it is so grueling. You may perform HIIT workouts by sprinting, bike riding, jumping rope, or even jumping jacks. 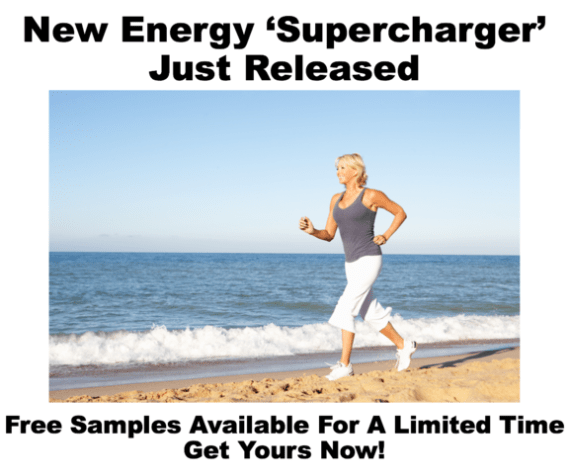 Comparing the Results of HIIT Workouts to Moderate Speed Workouts

Long periods of steady, moderate speed cardio will burn fat, but it will also burn muscle as energy, too. You only need to look at the frame of most long distance runners. Long distance cardio affects your muscle mass. HIIT will focus on mainly the fat burning. The following are some studies conducted that should make you consider switching to HIIT.

The American College of Sports Medicine (ACSM) is “the largest sports medicine and exercise science organization in the world. They have more than 50,000 members and certified professionals that are dedicated to advancing and integrating scientific research in an effort to provide educational and practical applications of exercise science and sports medicine.” In 2017, they asked 4,000 fitness professionals what will be the most popular fitness trend in 2018. The number one answer was HIIT training.

Research conducted by the ACSM detailed that two weeks of HIIT improved aerobic capacity equal to six to eight weeks of treadmill jogging. HIIT accomplishes the same results, but with much shorter and fewer workouts and in a shortened time table.

Scientists in Hamilton, Ontario at McMaster University performed a thorough study on comparing HIIT against the standard workout of moderate pace for longer intervals. They chose 25 young men that were not in ideal condition physically and divided them into three experimental groups.

The first group was the control group, so they just kept on doing what they were doing, mainly being unhealthy.

The second group was provided a training routine that consisted of riding a stationary bike for 45 minutes each workout. It included a two minute warm-up and a three minute cool down. They did this 50 minute exercise routine three times a week for twelve weeks.

The last group was trained using a HIIT workout program that had them pedaling on a stationary bike as quickly as they could for 20 seconds and then follow it up with two minutes of cool down. This HIIT training lasted only ten minutes a workout, and only one minute of it was high intensity. These young men would also stick with the three times a week for twelve weeks schedule.

The scientists reexamined all of the men’s aerobic fitness, muscles, and blood sugar control after the 12 weeks were up. They found that the two groups that were actively exercising, one for long endurance and the other for short interval training, had identical results. Endurance for both groups was up twenty percent. The insulin resistance had both improved greatly. Plus, the men’s muscles had shown similar increases related to energy production and oxygen consumption. The control group that had not completed any exercise program showed no changes in health and fitness. If you have hit a cardio wall or just want to try something different, HIIT training could be for you.

A team of medical doctors are looking for volunteers to prove YOU can quickly turn ON your “fat-burning gene.”

This study will allow you to (safely) lose up to 10 pounds in 7 days.

Click Here Now To Learn More To See If You Qualify